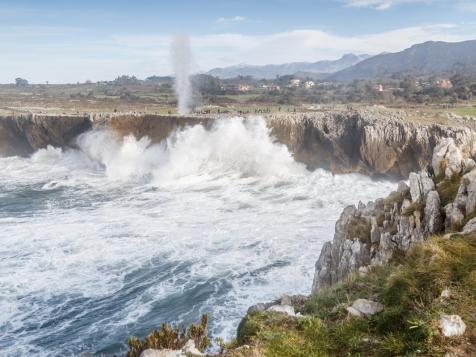 These are located next to the village of Llames, 23 km west of Llanes in the parish of Pría.To get to here from Llames, go towards Aguamía.
There is a wide stretch of bufones and high cliffs . On days when the sea is rough the water jets shooting up through the cliffs make a really great spectacle.

The series takes place in a city in the north of Spain and is about the love story of Victoria Márquez and Ángel González, two young people who belong to very different social classes. They are very much in love but despite Victoria´s wishes, the rigidity of the society of the time together with Ángel´s vocation to the priesthood make things impossible.
Victoria has to take charge of her father’s business while her brother, Pablo, becomes involved in the emerging social movements of the time. Victoria’s decision to take over the business, a revolutionary one for a woman in that time, puts an end to the plans of Gonzalo, the Marquis of Castro, who wanted to control the business himself.
Victoria experiences at first hand the business and personal consequences of the extreme social differences which had suffocated the country for years.
Director: Lluís Mª Güell
Producer: Diagonal TV
First broadcast: February 2008 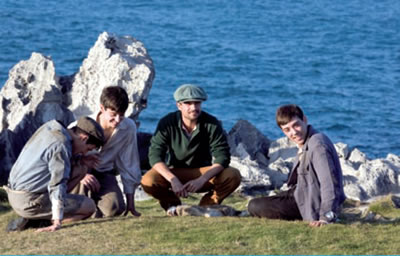 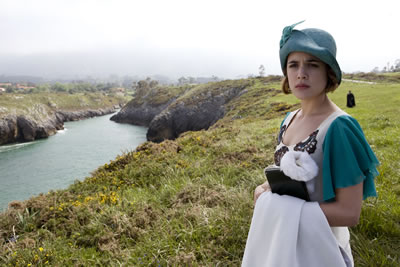